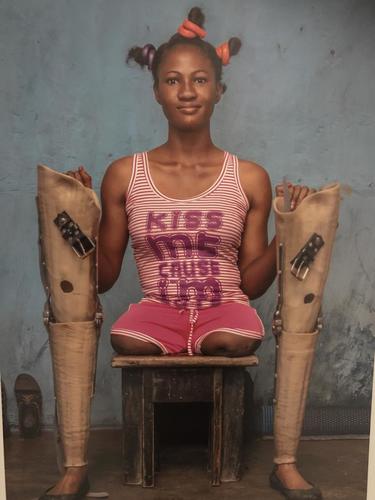 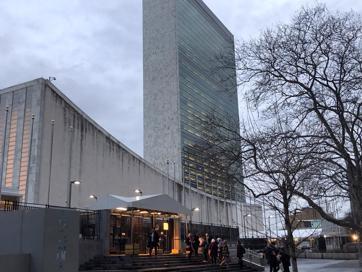 Mrinalini (mini) Ayachit
My trip to the United Nations was not just about women empowerment and their growing presence in the fields of science, technology and innovation. It was also an opportunity to appreciate the beautiful arts and crafts from across the globe. There were a couple of photographs, in specific, that made a lasting impression on me. One was by Aderemi Davies, an award winning creative documentary photographer and film maker based in Nigeria. The picture is of Adenike Adebayo who suffered amputation of two legs at the age of five. Aderemi's documentary "Against All Odds" was aimed to share Adenike's inspiring story with the whole world and generate support so she could get new prosthetic legs. His success story reached even to the United Nations! You can reach out to Aderemi at aderemidavies@yahoo.com or find him on Facebook or follow @aderemiho3d on Instagram. Also shown in the pictures is the United Nations Headquarters building in New York City. By Mrinalini (Mini) Ayachit
Back to photos
CONTACT US
Contact us
Help us serve you better. Please fill up the form below and send us your message or feedback